SMU Law School is a school in Dallas, Texas which is located on the campus of Southern Methodist University. It is considered to be one of the best law schools in the state. Here are twenty things about the school that you may not know.

The school of law was officially founded in February 1925. A member of the board of directors of SMU, Judge Joseph E. Cockrell had been campaigning for a law school at the university for a number of years. He believed that the presence of the law school would only reflect well on the university as a whole. The first class began studying in the fall of 1925. Judge Cockrell served as Chairman of the Faculty until a Dean was appointed in 1927.

The school was renamed in 2001 as part of the celebrations for the 75th academic year of the school. The name was chosen in honor of Robert H. Dedman Sr. and his wife Nancy, who were both benefactors of the both the school law school, and SMU as a whole. It is estimated that the couple have given over $77 million to the university. Robert Dedman sadly passed away in 2002, which made the renaming all the more poignant.

3. The Campus Is Less Than Five Miles From Downtown Dallas

The campus is conveniently located only a few miles from the center of Dallas. This provides students with the advantage of being able to do work experience at some of the top firms that are based in the city. The SMU website also explains how some firms have partnered with the school on a range of key initiatives. Being so close to the city also offers more social opportunities for students, and they are close to a wide range of amenities.

4. Students Are Required To Complete 30 Hours Of Public Service

The school encourages students to concentrate as much on their social responsibility as they do on their studies. SMU was one of the first schools in the United States to sponsor a law clinic for the local community. Students need to have completed 30 hours of public service before they are able to graduate. This needs to be law-based and is usually completed through a public service placement. There are a variety of different placements to choose from, so students can find something that matches their interests.

5. James Latane Noel Jr. Is A Graduate Of The School

One of the most well-known people to have graduated from the school is James Latane Noel Jr. who was part of the class of 1937. He was a federal judge for the United States District Court for the Southern District of Texas, an appointment that was made by President John F. Kennedy in 1961. Prior to this appointment, he had served as Attorney General of Texas before going on to open his own private practice. He was a senior status judge until his death in 1997.

It was the only law school to be located in the city of Dallas for almost 80 years. UNT opened its law school in 2014, with former judge Royal Furgeson serving as the Founding Dean. The Texas Bar site lists only 10 law schools in the whole of Texas. This is a fact that surprises a lot of people when you consider how big Texas actually is. SMU remains the only private law school in Dallas, as UNT is a public school.

7. It Is The Home Of The Underwood Law Library

The Underwood Law Library is located at the Dedman School of Law. This has the reputation of being one of the best law libraries in the country. It is the largest private law library to the west of the Mississippi River, with more than 650,000 volumes and equivalents. It is open to students between 8:30am and 8:00pm on weekdays. It is also open to members of the public for shorter hours, although it can only be accessed by students during finals. Study rooms are also available for law students to use for up to two hours at a time.

8. Jason Nance Is The Current Dean Of The School

Jason Nance accepted the position of dean in May 2022 and he will officially start in the role in August 2022. Before joining SMU he worked at University of Florida Levin College of Law, where he was associate dean for faculty development and research. His background has primarily been in education. By the time he started his law degree, he already had a Ph.D. in education policy and administration. One of the key things he wants to achieve is improving SMU’s standings in the national rankings.

9. It Is The Home Of Four Independent Law Journals

Four law journals are published by the law school – the SMU Science & Technology Law Review, the SMU Law Review, the International Lawyer and the Journal of Air Law and Commerce. American Bar explains that International Lawyer is a peer-reviewed journal which has been published from SMU since 1986. The editorial board is made up of students, but they do work in conjunction with the professional editorial board with includes professors from the law school. The journal is available in 90 countries and has more than 11,000 regular readers.

10. It Offers A Summer Program At The University Of Oxford

The summer program to Oxford in the United Kingdom was first offered in 1983. Over 1000 students have taken part in the program since this time. It lasts for six weeks with students staying at the University College during their time in the city. They take two courses and this earns them five credits in total. One of these courses is taught by a professor from SMU, and the other by a tutor from Oxford University. This gives students a broad view of legal matters in both the US and the UK.

Another unique feature of the law school is the Mustang Exchange mentoring program. The Chronos website explains that there are virtually no other mentorship programs like this anywhere else in the world. Students are not just assigned a single mentor who they will work with during their time at the school. Instead they get the opportunity to work with several different law professionals to get a broad overview of the law profession. The program is sponsored by the international law firm Holland & Knight LLP.

13. They Offer Work Experience In A Variety Of Sectors

The law school has connections with many different law firms in Dallas and beyond. This means they are able to give their students work experience in a wide range of different sectors. When students can experience these different aspects of legal practice, it makes it easier for them to decide which area they want to practice in when they graduate. It is also another way that students can make connections with those who work in the law industry which may be useful to them when they are looking for work.

14. Alumni Have Worked In More Than 80 Countries Worldwide

When students graduate from SMU law school, they do not all get jobs in the United States. They go to work in companies all around the world. Alumni of the school currently work as far apart as Argentina and Australia. The largest concentration of alumni outside of the United States can be found in Europe. Having such a global network of alumni is a real benefit to the current students of the law school as it means they can work virtually anywhere in the world and still have contacts that they can call on for advice.

As part of its work with the local community, the school operates eleven legal clinics These focus on various legal issues such as Child Advocacy, Family Immigration and Consumer Advocacy. Thought Co explains that these clinics also have benefits for law students. It gives them hands on experience which is very valuable when they are ready to start in their first job. It helps them to develop skills that can not always be taught in the classroom, such as dealing with clients.

16. They Have Strong Connections With The Legal Community

The school has always fostered good relationships with the legal community in Dallas and beyond. Internship programs are available to students for both mid-size and large firms in Texas. Externships are also available to help students gain experience of working in a law firm environment. Both internships and externships begin in the first year of the course so students can take advantage of these connections almost straightaway. Many students find that the connections they make during these placements go on to help them in their careers once they have graduated.

17. They Run An Inns Of Court Program

Their Inns of Court program is one of the most popular aspects of the course. The program is sponsored by Haynes Boone and gives student an interdisciplinary approach to their studies. There are different Inns that students join in their first year, all named after notable faculty members or graduates of the school. As well as other students, including those from overseas, the Inns also provide the opportunity to get network with alumni, student mentors and career counselors. The connections they make here tend to serve them long into their careers.

18. They Pride Themselves On Offering Small Class Sizes

Class sizes are kept small and this helps the students at the school to form close-knit groups and develop lasting friendships. Generations lists this as one of the main benefits of smaller class sizes in college. Students in smaller classes also tend to be better academically. This may because they have more time with their tutor on a one-to-one basis as well as having more opportunity to ask questions. Class discussions with the rest of the students in the class also tend to be more valuable.

19. Scholarships To The School Are Available

20. Every Application Is Assessed On An Individual Basis

The law school assesses each application individually, and there is no part of the process which is automated. Every aspect of the application is looked at by a member of staff at the school. A student’s academic record is important, but it is not the only factor that the school take into account when assessing applications. They are also interested in what students have achieved in terms of work and life experiences. There are no official pre-legal courses that students need to take, but applications will be assessed for well-rounded studies that have a focus on analytical skills. 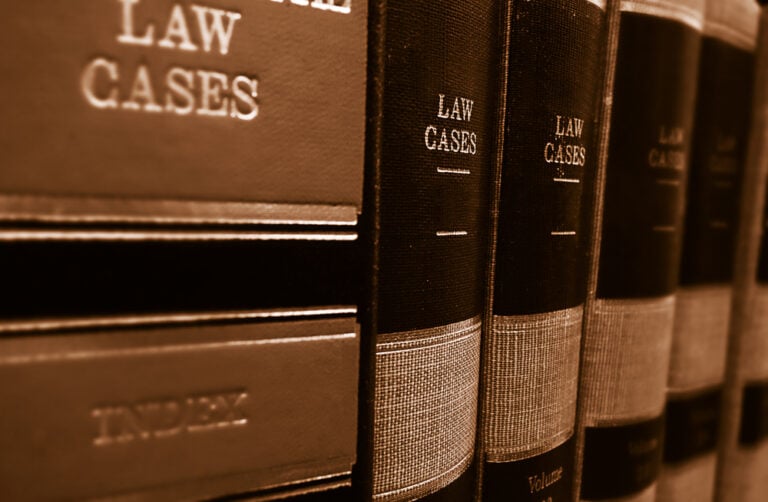 The Vermont Law School is an institution of higher learning for those seeking careers in the legal profession. The school does not have the long and storied history of some of the other more prestigious… 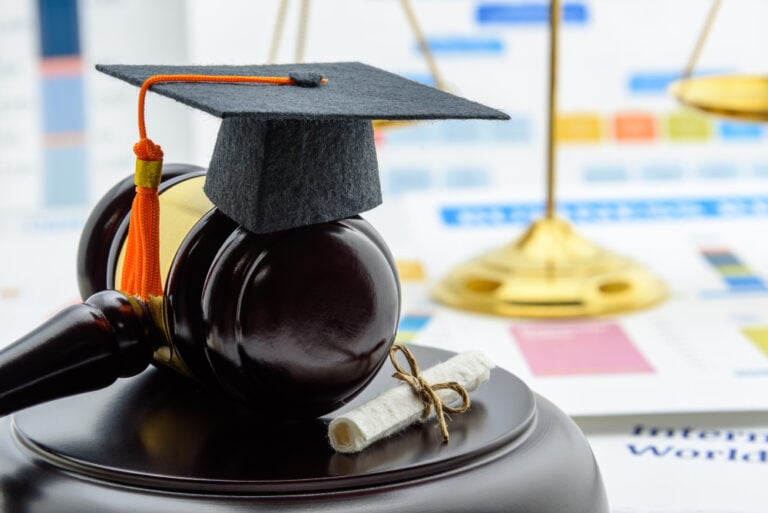 Students preparing for their future careers often make the choice of their profession by the Junior year of high school, although it’s not always the case. Those with a sharp focus on a career in… 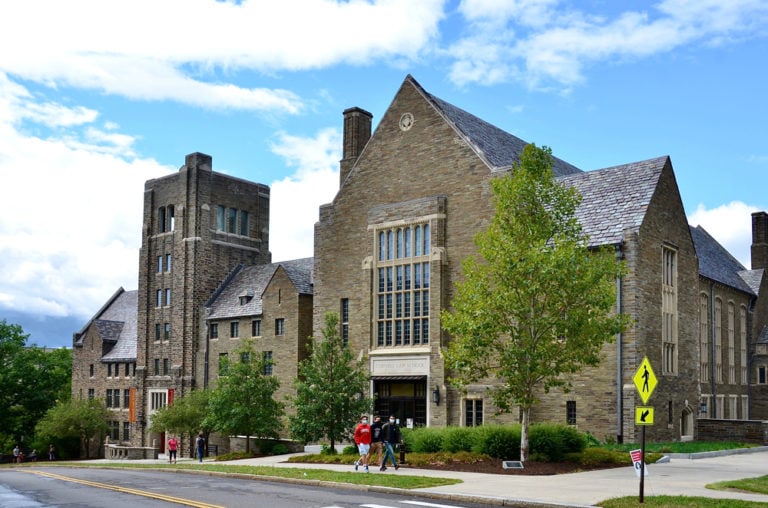 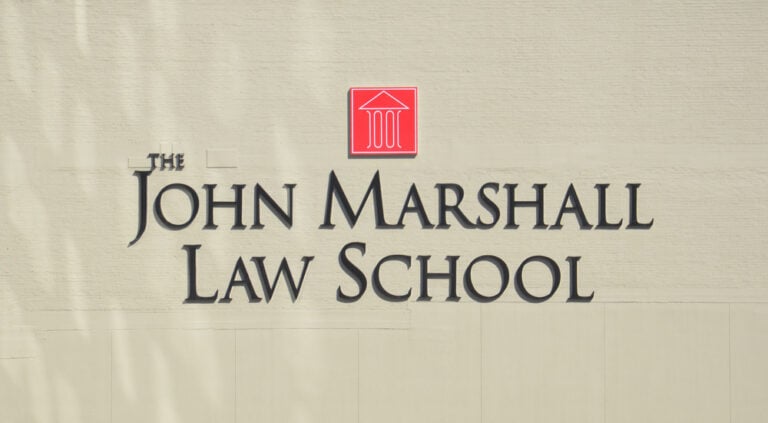 The University of Miami Law School is ranked among the top ten in the Southeastern part of the United States. Anyone considering enrollment should read about its rich and storied history and notable alumni in… 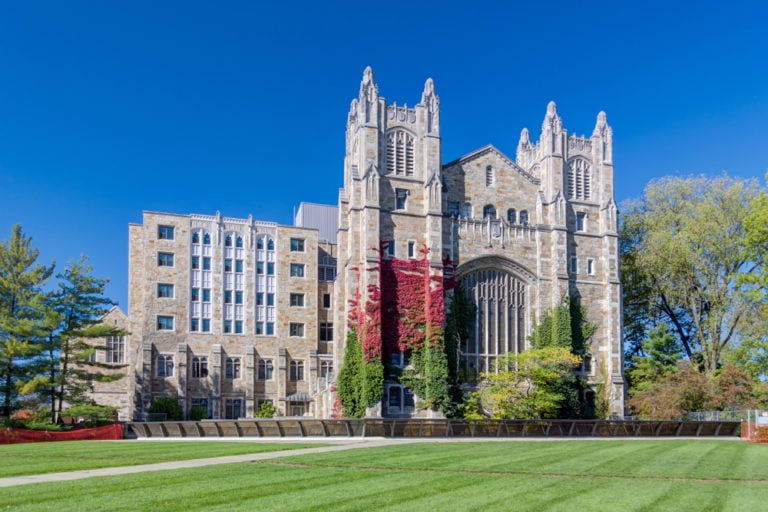