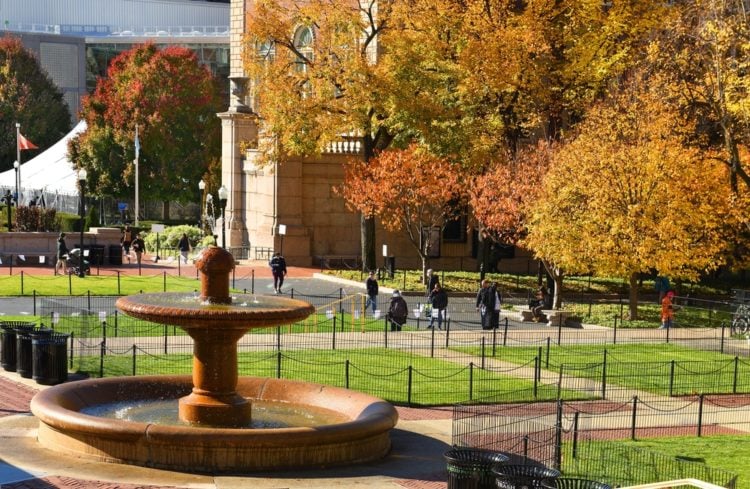 Columbia Student News wanted to share some fun facts about Columbia University and its associated law school. It confirms that Columbia University is the institution that administers the coveted Pulitzer Prize. It is awarded once per year in a grand ceremony. It is among the most prestigious awards given for excellence in journalism, and the prize spans across fifteen categories in journalism.

2. It is the home of the oldest gay student organization in the world

Columbia is the home of the oldest gay student organization in existence. In 1967, The Columbia Queer Alliance was launched. The organization supports gay students in their academic endeavors. It was formed at a time when gay people were the targets of massive discrimination. Columbia maintains a welcoming environment for diverse student populations and does not discriminate against people concerning sexual orientation, race, or creed. It was the first Ivy League school to affirm the constitution of the first gay student organization.

The first woman allowed admission to Columbia Law School was admitted in 1927. The school opened up admissions to women and entered a new phase in its development. Before that time, the school was for men only. Many notable women graduated from Columbia Law school since that time. Law was previously viewed as an occupation best suited for men and it was difficult for women to find a school that would allow them to enroll.

6. Columbia Law School has roots in the colonial era

Before Columbia Law School or Columbia College of Law existed, the institution did exist in a different form. It goes back to the 18th century with beginnings that linked it to King’s College, which was a colonial-era predecessor of the school that takes it back more than two centuries when researching its origins. Graduates of King’s College include some of America’s most notable historical figures, including Alexander Hamilton, the nation’s first Secretary of the Treasury, and the first chief justice of the United States, John Jay. Both alumni of the King’s College helped co-author The Federalist Papers.

7. Columbia Law School was one of the first law schools before the Civil War

During the era before the Civil War, there were few law schools in the United States. Although it seems a bit peculiar in modern times, most lawyers were not afforded the luxury of a college or university setting to learn the finer points of the law for professional practice. Most of the education of lawyers occurred in law offices. young men were appointed clerks or apprentices to learn their trade from professional lawyers. Their first experiences included copying documents and completing legal forms. They were supervised by a professional attorney. They learned the laws and associated practices of an attorney in an on-the-job training experience. It was a casual form of instruction that lacked a cohesive format of an established curriculum.

Attempts to bring about a formal educational system for students of the law slowly changed the system. The first professor of law was James Kent. he was appointed to the position in 1793 by Chief Justice of the United States John Jay. Kent was named Chancellor. He developed a series of commentaries, completing two volumes with the second published in 1827. He worked toward establishing a law school, or at least a law department within the College, but a formal law instruction program was to gain approval until many years later. He did not succeed in his goal of creating a law department.

9. Theodore Dwight is a notable figure in the founding of the Columbia Law School

Although Kent made significant contributions to the movement to establish a formal law school, he didn’t see the fruits of his labors. It was not until 1858 that the school would become official. The first building of the Columbia College Law School at the Madison Avenue Campus also served as the college library. The first classes of the original program were held on Colonnade Row. At the founding of the law school, there was doubt about the demand for such a program, but they moved ahead under speculation that the demand for a formal course of study would exist. The founders moved forward under the hope that there would be enough students to justify the establishment of a law school.

10. Columbia Law School has produced the most distinguished alumni in political circles

Columbia Law school has earned the reputation of producing quality professionals in the political arena and judicial system. This is just one piece of its heritage, but it is notable. Alumni include Franklin Delano Roosevelt, Theodore Roosevelt, many presidential advisers, governors, representatives, senators, US Cabinet members, and Supreme Court justices. It has produced more of them than any other law school in the world.

A degree from Columbia University Law School is recognized by most high-ranking law firms and other institutions as a distinguishing accomplishment. The endorsement of the College through alumni status can open many doors for aspiring professionals in the field of law, the judicial system, and the political arena. As of 2019, the average starting salary rate for Columbia Law School graduates was $190,000. Graduates of Columbia Law School move forward with their careers with 97.8 percent of them gaining employment within ten months of their graduation dates. Many go on to work at the largest and most prestigious law firms in the United States.

12. Columbia Law School is known for its corporate law program

Columbia Law School excels in its reputation for producing powerful attorneys in the corporate law sector. It’s an institution that accepts the best and brightest candidates in its corporate law programs. The school has ties with many of the most elite law firms in the nation, and it’s known for its ability to put its graduates in superior positions for gaining employment with these firms. Its placement power with elite law firms is indisputable. This is the reason why so many students have a strong desire to attend Columbia Law School. It helps to open up career pathways that other schools cannot.

13. Columbia Law School is known for its specializations

Columbia Law School is the product of an evolutionary process that places excellence at the top of its list for program development. Each component maintains a unique focus in its respective niches within the practice of the law. An example of the quality of focused education students receive is the first AIDS Law Clinic, launched by Columbia Law School. It was the first of its kind in the nation. The clinic was taught by Mark Barnes and Professor Deborah Greenberg. it began in September of 1988, at a time when AIDS was a topic that engendered numerous civil rights violations because of fear of the disease and suspicion of those carrying the virus. Education about the legal rights of citizens diagnosed with the disease became necessary to battle discrimination in the country at all levels. This and other topics became the focus of specialized clinics to help attorneys learn more about the defense of client rights under the letter of the law as it stood, and about changing social perceptions and interpretations of the laws, particularly when one law seemed to contradict another.

Columbia Law School has appeared at the top of law school rankings since the practice began in 1987. U.S. News & World Report launched this annual event. Each year it compares the statistics from the top-ranking institutions in the US. Stanford, Harvard, Yale, and Columbia Law School are inclusions. They’re all tough competitors. Each is Ivy League, with stellar reputations in the academic community. Columbia Law has earned number one ranking through the years, for Business and Corporate Law and Contracts and Commercial Law. It’s number four for Law Firm Recruiters Ranking of the Best Law Schools. Forbes ranked it as number one for its Best Law Schools for Career Prospects category and Highest-Earning Law Graduates. It came in the fifth position for the QS World University Ranking for the world’s Best Law School. Columbia is known internationally for its academic reputation and national standing. The school is number one on the Go to Law Schools ranking for the National Law Journal. Columbia LS has kept this position since 2014.

Shemmassian Consulting confirms that students interested in law careers have multiple program options at Columbia Law School. Most students pursue their degrees at the doctoral level. The school offers a Doctor of the Science of Law, or JSD program, a Juris Doctor, JD program, and a Master of Laws degree which is a one-year program. The programs are designed for residential and international students.

17. Competition is stiff for acceptance to Columbia Law School

Columbia Law School is hard to get into unless you maintain impeccable credentials. The JD class size is 350 students per year. These students enjoy a student to faculty ratio of 4:5:1 with a top-notch academic environment. The acceptance rate for all students applying to the school is a mere fifteen percent. Eighty-five percent of applicants are denied acceptance. The GPA spread for the school is 3.69 to 3.89. The LSAT spread is 169 to 180. Getting into Columbia Law School is a difficult multi-tiered process. There is no one factor to ensure acceptance because of the number of high-achieving applicants each year. Grade Point Average and LSAT scores are just the starting point. Most Columbia Law School Students have a year off of school to gain practical experience before applying. Admissions committees consider academic scores, work, and academic experience in assessing candidates.

Jamboree confirms that Columbia University has achieved its place in the modern world as one of the most highly-rated research universities in the world. The institution maintains one of the best academic law libraries in the nation. Students are afforded access to the information necessary to develop a solid knowledge base of the law, and all things about the law. The Arthur W. Diamond Law Library is the second-largest in the nation, holding over 400,000 titles. The library also provides over one million paper volumes and 275,000 microform volume equivalents.

Sometimes it’s healthy to take a break from intense study sessions and clear your mind to get a reset for later. Columbia is on a campus that offers some interesting distractions that are fun and replacing. The school is home to a series of underground tunnels. Many of the buildings on campus are connected by the tunnel system. Students and staff are allowed to go through the tunnels in small numbers. The school was built over the top of an old mental asylum with tunnels dating back to that time.

Columbia Law School is a part of Columbia University, and both continue to graduate students who go on to become notable professionals in their respective fields. The tradition of excellence is not viewed in the past tense. It is an ongoing process that continues. The university graduated four presidents, 90 Pulitzer prize winners, 46 Olympians, 84 Nobel prize winners, and many other celebrities. It’s still producing people who go out into the world with their degrees in hand and make real and lasting changes. 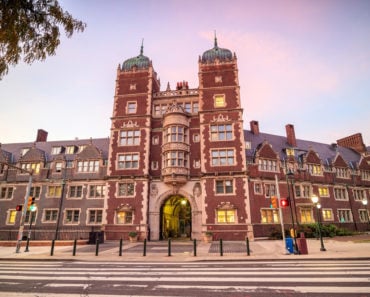 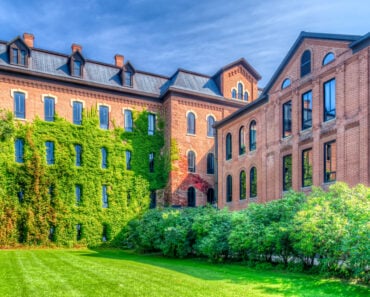 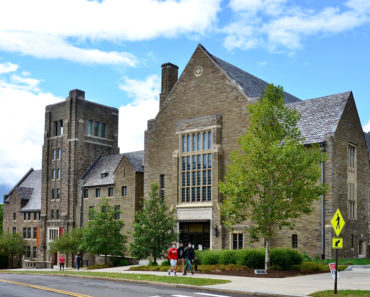 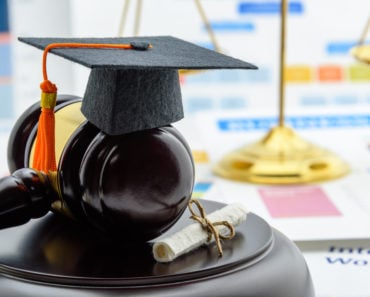 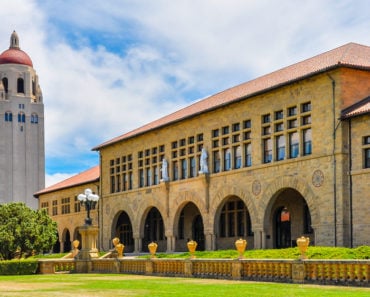 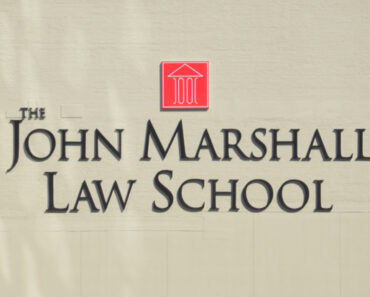