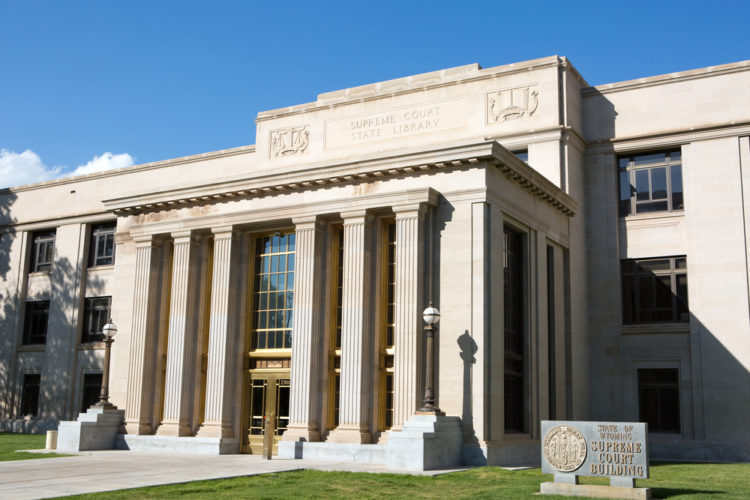 Like every other state across the US, Wyoming has a supreme court. The court acts as a court of last resort, hearing appeals of decisions made by lower courts and issuing final, binding verdicts on all constitutional issues relating to state law. If you want to learn more about the court’s long history and crucial significance to Wyoming’s judicial system, be sure to check out these 20 things you might not know about the Wyoming Supreme Court.

1. The Wyoming Supreme Court is located in Cheyenne

The first courts in Wyoming were created in the Organic Act of 1868, which established the government for the Wyoming Territory and the power of Wyoming territorial courts. The Wyoming Supreme Court, which was composed of a panel of a chief justice and two associate justices appointed by President Ulysses S. Grant, served as the territory’s appellate court. Each justice was appointed on a four-year term, which could be terminated only by the president with state approval. Since the mid-1930s, Wyoming’s Supreme Court has been located on Capital Avenue in Cheyenne. Between 2006 and 2008, the building underwent extensive renovation work, during which time the court was moved to the former offices of the Wyoming Department of Health in the Hathaway Building.

2. Wyoming’s Supreme Court is the state’s only appellate court

3. There are five justices on the Wyoming Supreme Court

Any lawyer who wants to make the leap to the Wyoming Supreme Court will need to fulfill certain eligibility requirements in order to be considered during the selection process. In addition to being a US citizen, all candidates must have been a resident of Wyoming for a minimum of three years. They must be at least 30 years old and have nine years or more experience in law. As you’d expect, candidates with convictions for felony, whether in Wyoming or another state, are rarely looked on kindly.

As justia.com explains, the selection of justices was previously controlled by statewide election, but in 1972, the process moved to an assisted appointment method. Today, the process is overseen by the Wyoming Judicial Nominating Commission, a panel consisting of the Chief Justice of the Wyoming Supreme Court, three members of the Wyoming State Bar, and three unaffiliated persons appointed by the governor. Once the commission has completed the interview process, they will submit a final list of three potential candidates to the governor to make the final choice. After serving for one year, the new justice will need to win a statewide retention election in order to serve the remainder of their term. Terms last for eight years and are renewed on further eight-year terms by retention election. Chief Justices are selected directly by Associate Justices of the Supreme Court for a four-year term.

The requirements to qualify as a justice of the Wyoming Supreme Court are laid out in Article 5 of the Wyoming Constitution. According to the constitution, not only is there a minimum age requirement of 30 years old, but there’s a maximum age limit too. Regardless of whether they still have time remaining on their eight-year term or not, all justices are required to retire from the court at 70 years old, without exception.

8. The Wyoming Supreme Court is supported by The Wyoming Administrative Office of the Courts

The Supreme Court may be the final and ultimate arbiter of cases involving state law, but it doesn’t work alone. Helping it manage its statutory and constitutional responsibilities is The Wyoming Administrative Office of the Courts, a department that extends HR, financial management, payroll, and technical support to both the Supreme Court and all other courts in Wyoming. The office is also responsible for purchasing and maintaining court property. Other support available to the court includes the Clerk of the Supreme Court, who is responsible for distributing judicial opinions and orders, as well as keeping the records and papers relating to all cases, and a team of staff attorneys who provide research and case assistance to the justices.

9. The Wyoming Supreme Court is presided over by a Chief Justice

The Wyoming Supreme Court has been presided over by a Chief Justice ever since it was established. The Chief Justice has responsibility for supervising the entire judicial branch, as well as the administration and funding of state court programs. These days, the Chief Justice is chosen from the five Supreme Court Justices by members of the court. The very first Chief Justice, however, was John H. Howe, who was appointed directly by President Ulysses S. Grant along with his fellow Justices, Joseph W. Fisher and John W. Kingman. Each Chief Justice is appointed on a four-year term.

10. Kate M. Fox is the current Chief Justice of the Wyoming Supreme Court

The current Chief Justice of The Wyoming Supreme Court is Kate M. Fox. Fox was appointed Chief Justice after serving on the Supreme Court since 2014. Fox spent 10 years in journalism before returning to school to study law at the age of thirty. After obtaining her law degree, she clerked for federal judge Clarence Addison Brimmer Jr., before moving into private practice at the law firm Davis & Cannon in Cheyenne, where she specialized in employment law and natural resources law. She is the second woman to serve as Chief Justice in Wyoming history after Marylin S. Kite.

12. The Wyoming Supreme Court can declare a statute unconstitutional

As courts.state.wy.us notes, the decisions of the Wyoming Supreme Court can fall into one of several different categories. In many cases, the court will refer to precedents set by previous cases or existing statutes in deciding whether to accept an appeal or not. In cases where no exact statute or precedent applies, the court may decide to apply the most relevant statute available or extend a decision made in a previous case to cover the circumstances of the case in question. If the court decides an existing statute is no longer in keeping with the interests of justice, it may decide to overturn it and apply a new rule of law. In rare cases, the court may decide an existing statute fails to comply with the requirements of the constitution and overrule it as unconstitutional.

Although the primary duty of the Wyoming Supreme Court is to serve at the state’s court of last resort, it also has several other areas of responsibility. This includes supervising the administrative functions of the Wyoming State Bar, the state’s integrated bar association. The bar was initially established in 1915 as a voluntary association and later integrated into state law in 1930. All lawyers who wish to practice in Wyoming are required to hold membership with the Wyoming State Bar. The bar serves to regulate the practice of law, promote connections in the legal community, and ensure the public has access to quality legal services.

Wyoming’s Supreme Court offers guided tours throughout the year, the goal of which is to educate youth about the judicial system in Wyoming. Most tours consist of a presentation from one of the Justices, along with a visit to the Court’s Judicial Learning Center, which includes interactive exhibits such as Judicial Milestones, You Be The Judge, Four Pillars of the Rule of Law, What it Takes to Be A Judge, and Assembling the Rule of Law, all of which aim to teach visitors about the importance of the rule of law while also highlighting some of the contributions Wyoming has made to the US legal system.

15. The Wyoming Supreme Court has been re-organized several times

Wyoming Supreme Court has gone through several key changes since it was founded, not least with regard to the number of justices that serve on its panel. Initially, the minimum number of justices was set at three. In 1957, an amendment to the constitution was passed to raise the number to four. Although this would have put the prospect of a majority vote at risk, it was claimed that the court would operate on rotating panels of three. In reality, this didn’t happen, resulting in numerous cases failing to reach a majority verdict. In 1971, a new amendment was made that set the number of justices at “not less than three nor more than five justices as may be determined by the legislature.” The amendment also gave the Supreme Court the power to determine its own Chief Justice.

16. The first female justice was appointed to the Wyoming Supreme Court in 2000

In 1921, Fred H Blume was appointed to the Wyoming State Court. In 1963, he retired, putting his length of service at 42 years and making him the longest-serving justice in the history of the Wyoming Supreme Court.

18. Willis Van Devanter is one of the Wyoming Supreme Court’s most famous justices

Of all the justices to have served with the Wyoming Supreme Court since it was founded, Willis Van Devanter is perhaps the most famous. After hearing several landmark cases during his time as Chief Justice of the court, Van Devanter became the first United States Supreme Court justice from Wyoming when President William Howard Taft named him to the position in 2010. To this day, he remains the only justice from Wyoming to ever obtain the position.

19. All justices who serve on the Wyoming Supreme Court are paid the same salary

According to ballotpedia.org, regardless whether a Wyoming Supreme Court justice is Chief Justice or a regular Associate Justice, they can all expect the same rate of pay – namely: $165,000.

20. Only 10 other states use the same judicial selection method

The selection method used to appoint justices to the Wyoming Supreme Court might not be unique, but only 10 other states in the US share the same process in which justices are selected by assisted appointment with a hybrid judicial nominating commission. 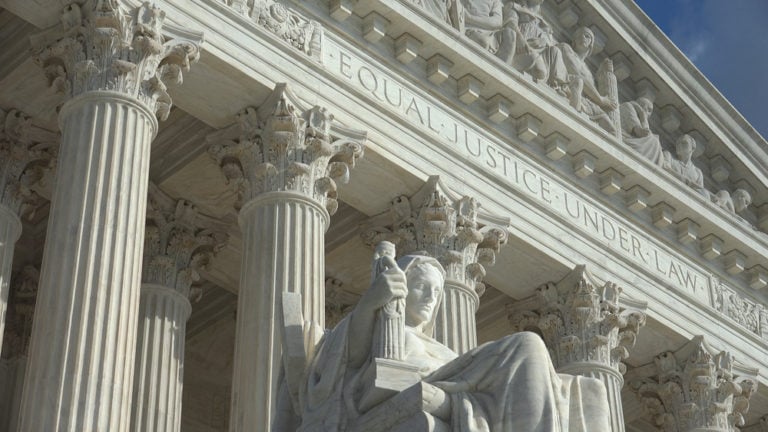 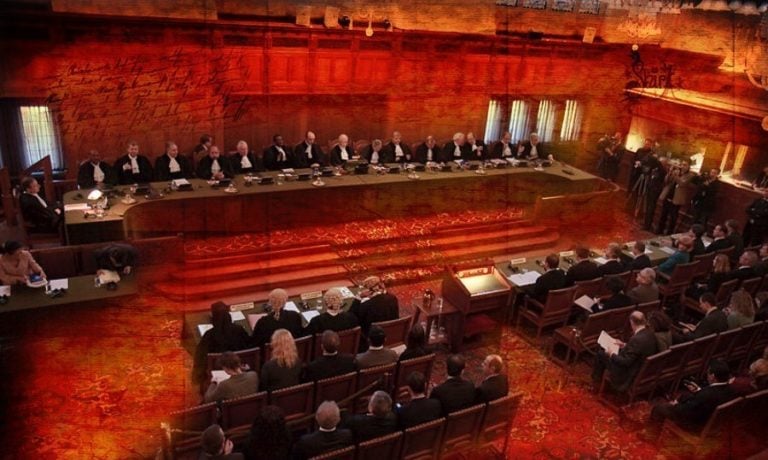 In this article we are going to get legal-beagle and try to clear up just exactly what customary international law is – and is not. The truth is, in the world of law there are…

Paternity lawyers are an important part of the legal system. They help to establish paternity, which is the legal determination of who a child’s father is. This can be important for many reasons, including child… 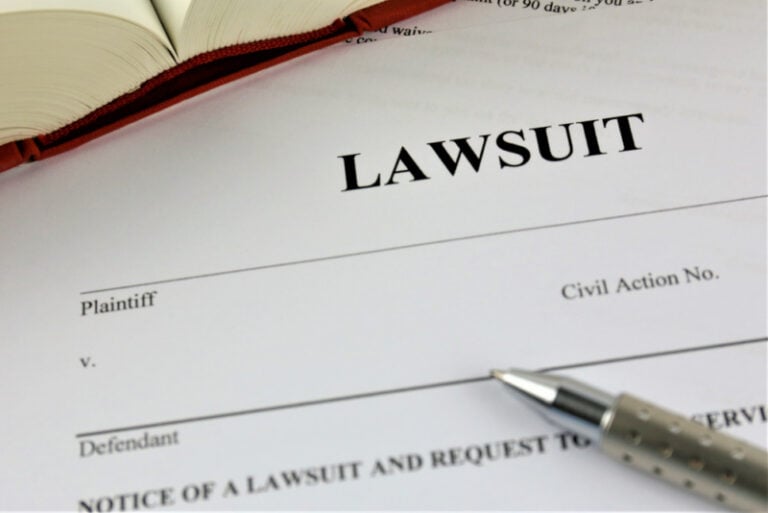 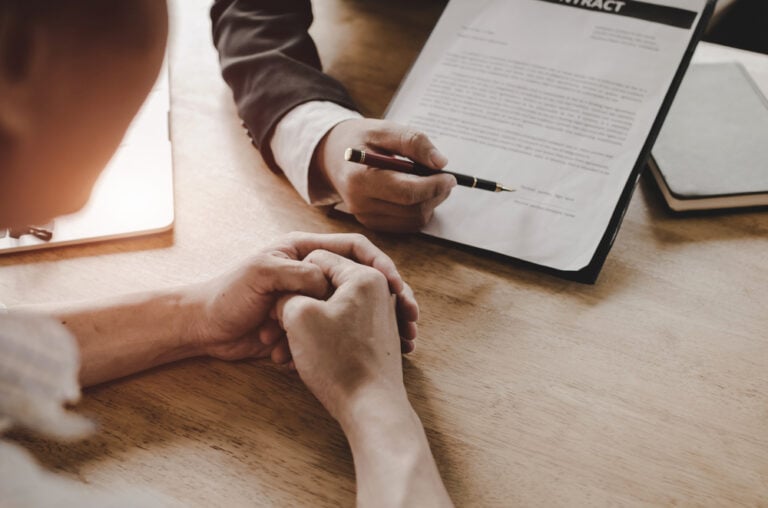 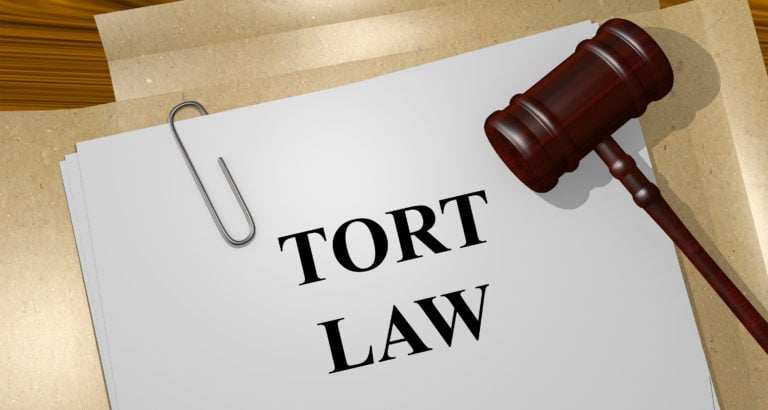 Torts are wrongful acts that can be handled by a civil court rather than a criminal court. In short, the defendant must have had a duty to act in a certain manner but failed to…