Home
Uncategorized
Can a Supreme Court Justice Be Removed?
Prev Article Next Article 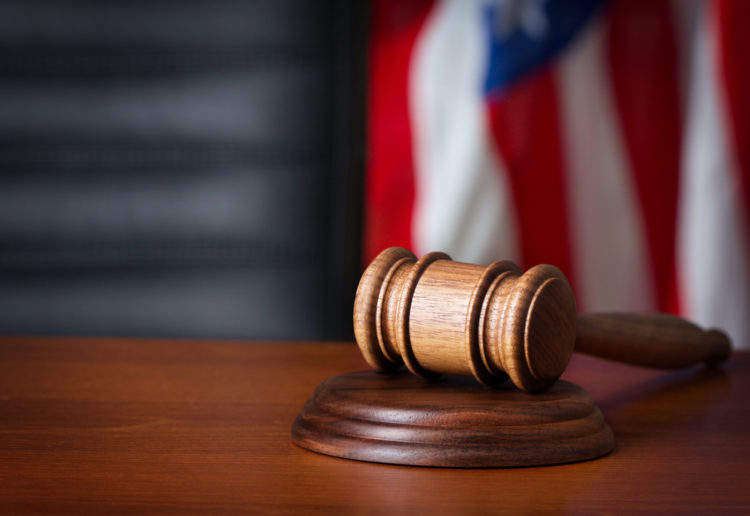 In recent times, a lot of people have been asking whether a justice of the Supreme Court of the United States can be removed or not. Unsurprisingly, the answer is “Yes.” However, there are very high requirements for removing a justice, so much so that the chances of seeing this happen anytime soon are very low.

How Can a Supreme Court Justice Be Removed?

The process for removing a justice is the same as the process for removing a president. First, the House of Representatives needs to impeach them. This is the easier part because impeachment can happen with just a simple majority. Second, once the justice has been impeached, the Senate needs to hold a trial. This is the harder part because a conviction needs a two-thirds majority, meaning 67 out of 100 senators. Combined, this means that the chances of a justice being removed are either nonexistent or next-to-nonexistent in the present time because there is no plausible way to get the support of 67 senators for something that would be very controversial to say the least.

In fact, it should be mentioned that just one justice has ever been impeached. Said individual was Samuel Chase, a Founding Father who was named to the Supreme Court of the United States by President George Washington in 1796. Later, President Thomas Jefferson and the Democratic-Republicans believed that he had shown bias in said role, with the result that they sought to remove him from it after the 1800 elections. The House of Representatives passed eight articles of impeachment against him. However, the Senate voted to acquit him on every single one of those counts. As a result, Chase continued to serve as a justice until he died from a heart attack in 1811.

Besides that, there are some other things that should be mentioned. For instance, it might not be possible to build the political support needed to remove a justice. However, it might be possible to build up enough pressure from the outside to convince said individual to resign on their own. Having said that, the chances of this happening are also very low, not least because the justice would need to make some kind of catastrophic mistake for that kind of pressure to come about. Yes, President Richard Nixon resigned on his own in response to the pressure coming from the Watergate scandal. Even so, it is important to remember that he was more-or-less guaranteed to be removed from office, which presumably played a major part in his decision-making.

Alternatively, the interest in the topic means that people have dug out creative thinking from the mid 2000s. In short, a pair of law professors named Saikrishna Prakash and Steven D. Smith laid out a plan for removing a justice without needing impeachment. Essentially, it is based on the idea that the appropriate interpretation for a clause saying that justices and federal judges “shall hold their offices during good behavior” is that they can be removed by a judicial process. This is not a widely accepted interpretation. If anything, it is quite the opposite because it is going against more than two centuries of consensus that impeachment is the way to remove such a figure. As such, even if someone decided to use this interpretation, they are going to face a lot of political opposition as well as a lot of judicial opposition. For that matter, even if that was the appropriate interpretation based upon the intentions of the founding generation of the United States. There is still the question of whether that should even matter considering that it has been more than two centuries since their time passed.

Why Are People Asking These Questions?

Having said that, Democrats and other left-leaning individuals are feeling particularly worked-up because of how the conservative super-majority on the Supreme Court of the United States came to be. First, there was the Merrick Garland nominatiton. For those who need a refresher, the conservative justice Antonin Scala had died in February of 2016. As a result, the Democrats expected that President Barack Obama would be able to name his replacement even though the Republicans controlled the Senate because there was precedent. For example, a Democrat-controlled Senate confirmed President Ronald Reagan’s nomination of Anthony Kennedy in 1988. Similarly, a Democrat-controlled Senate confirmed President George Bush’s nomination of Clarence Thomas in 1991. However, that didn’t happen. Instead, the Senate majority leader Mitch McConnell and other Republican senators decided against even allowing a vote because of the argument that the next president should be the one to name the replacement because it was the final year of Obama’s term. Eventually, Obama was followed by President Donald Trump, who proceeded to nominate Neil Gorsuch. Democrats and other left-leaning individuals weren’t exactly enthused by this. However, they didn’t kick up too much of a fuss at the time for a number of reasons. One, Gorsuch was considered to be a qualified candidate. Two, the nomination didn’t change the balance because a conservative justice had replaced a conservative justice. Three, most were still much more concerned by the fact that Trump was the new president, meaning that they had less energy to spare for the nomination. Trump’s next two nominations met with much more opposition.

First, there was Brett Kavanaugh, who encountered considerable opposition. Much of this came from Christine Blasey Ford’s accusation that he had sexually assaulted her when they were still in high school in the early 1980s, which was followed by other accusations of sexual misconduct from other women. Second, there was Amy Coney Barrett, who encountered even more considerable opposition. After all, Barrett was nominated as a replacement for Ruth Ginsburg, who had died in September of 2020. As such, there was enormous fury that McConnell would go against the precedent that he had set by saying that the next president should name the replacement when a vacancy opened up in the final year of a presidential term. Something that was further fueled by the fact that Ginsburg was a liberal justice while Barrett was expected to be a conservative justice. Combined, these events mean that a lot of Democrats and other left-leaning individuals see the current conservative super-majority as having come about through unjust means, which makes them even less well-inclined towards it than they would have been under other circumstances.

Besides this, there is even more hostility because there is the perception that the conservative super-majority will be around for multiple decades to come. That means a lot of decisions with a lot of influence over every aspect of the United States. Something that a lot of Democrats and other left-leaning individuals consider either terrifying or worse. This is particularly true because the consequences of a conservative super-majority are already being felt, as shown by the concern that it will overturn Roe v. Wade at some point in the not-too-distant future. Already, something like 40 percent of voters believe that will be the case. That isn’t a majority, but that is nonetheless a plurality because there is another 30 percent who aren’t sure plus another 31 percent who believe that won’t be the case. For context, this is a sizable jump from just a short while ago, which says much about how people’s perception has changed. If that happens, that will have huge consequences for people. After all, Roe v. Wade is one of the major guarantees of abortion rights in the United States. As a result, if it gets overturned, access to abortion will come under further assault throughout much of the United States. Something that doesn’t actually prevent the well-off from getting an abortion because of their ability to travel but will have a much more noticeable impact on the same for the not so well-off. Considering that this is just a single issue, it isn’t hard to see why Democrats and other left-leaning individuals are feeling concerned about the conservative super-majority.

For the time being, it doesn’t seem as though the Democrats are going to do anything about the conservative super-majority on the Supreme Court of the United States. In considerable part, this is because the Democrats can’t do anything. As mentioned earlier, removing a justice is either impossible or next-to-impossible. Due to that, some interested individuals have mused about the possibility of alternatives. To name an example, some have pushed for the idea of packing the court, which means adding more justices to it. This is a a bit more realistic than removing justices, if only because it has been done before. After all, the number of justices hasn’t always been nine. Instead, there have been times when it was six, seven, and ten, which is possible because changing it is just a matter of having congressional support rather than actually making changes to the U.S. Constitution itself.

Having said that, there isn’t much chance of this happening in the foreseeable future either. After all, if one party chooses to pack the court, the other party can choose to pack the court as well. As a result, opponents of the idea have pointed out that any majority born of such an initiative would be reversed as soon as the political tides turned. Moreover, multiple examples of packing the court in short succession would almost certainly destroy the legitimacy of the Supreme Court in short order, thus kicking out one of the fundamental pillars that make it possible for the U.S. government to work. Due to this, packing the court is a step fraught with consequences. On top of this, it should be mentioned that the political support for such action doesn’t exist at all. There are some Democrats and other left-leaning individuals who feel worked up enough that they are supportive of drastic action. However, most Democrats aren’t that enthused about anything along these lines, not least because they are aware of how it would be perceived by the general public who don’t pay much attention to politics outside of the occasional headline. Due to that, they would a lot of extra electoral victories to cover for those who wouldn’t support such measures. Theoretically, there might come a day when such actions are taken seriously by Democratic leadership. However, that day isn’t today, both because it would be impossible and because it would be self-defeating. 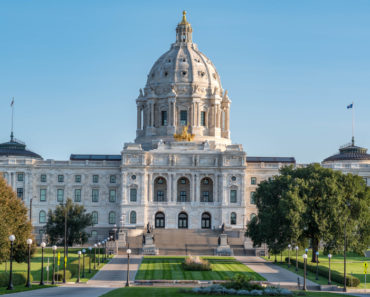 The 6 Worst Law Schools in Tennessee

The Best Law Schools in Tennessee

The 10 Best Law Schools in Georgia

What Does a Trademark Infringement Lawyer Do?

What Does a Copyright Infringement Lawyer Do?

What is the Difference Between Litigation and Arbitration?