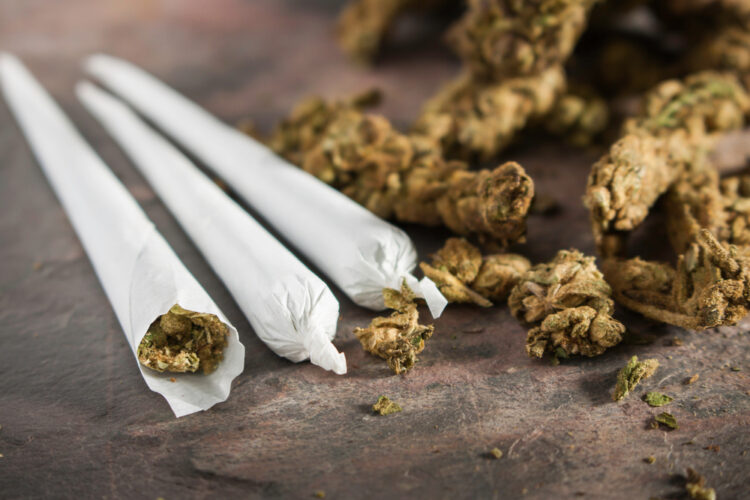 Legislation for legalizing marijuana has been a topic of heated debate among those for and against the measure throughout the nation. While some states have legalized the use of recreational pot, it’s not legal in every state and it’s not been legalized by the federal government. If you’re a resident of Texas or planning to visit the state, you must know the laws as they pertain to marijuana. Although the laws are constantly changing it’s not legal to use the drug recreationally in Texas. To help you understand Texas’ stand on its use, we offer an update on the current status of public opinion and an overview of Texas marijuana laws.

Texas has a long history with marijuana

The laws of marijuana use have varied in Texas over the past century. In the late 1800s, Cannabis was commonly used in Texas by Mexican residents for treatment of some medical conditions and to protect their families from witches. It was an herb added to their cigarettes, taken with sugar to enhance the effects. They called it Mariguan, also referred to as loco weed. In 1915, El Paso, Texas became the first city in America to proclaim an official restriction on the use of marijuana, according to Wikipedia. Sale of the herb was restricted in 1919 and 1923, the legislature prohibited the transfer of marijuana for non-medical purposes. It became a crime to transfer marijuana for recreational use, but it was not illegal to possess the substance until 1923. The law allowed marijuana to be purchased from pharmacies with a prescription only. By 1931, marijuana was prohibited and regarded as a narcotic. Still, penalties were imposed on anyone caught with small amounts in their possession and the possibility of life sentences existed. In the early 1970s, penalties were reduced for marijuana offenses, making possession of two ounces a class B misdemeanor. Previously jailed offenders had the right to a retrial. In 2007, the Governor authorized police to cite and release offenders found in possession of misdemeanor amounts of marijuana. The misdemeanor amount was raised from 2 ounces up to 4. It was a discretionary order from the Governor, however, many Texas police departments arrested persons caught in possession of misdemeanor amounts of cannabis, choosing not to observe the option to release them.

Penalties for marijuana in Texas

Norml describes the current laws and penalties for marijuana in Texas. Possession of up to 2 ounces results in a Class B misdemeanor. Offenders may receive a fine of up to $2,000 and a maximum of 180 days in jail. Two to four ounces of cannabis is bumped up to a Class A misdemeanor. Offenders may receive up to $4,000 in fines and up to a year in prison. Four ounces to five pounds in possession is a felony requiring a minimum sentence of 180days or up to 2 years in prison and a fine of up to $10,000. Higher amounts may result in higher penalties. five to fifty pounds of weed is a felony that can get you two to ten years in prison with a maximum fine of $10,000 and 50 pounds to 2,000 pounds increases the charge to a second-degree felony with sentences up to twenty years. If you have over 2,000 pounds of cannabis in your possession you may face up to 99 years in prison.

Laws against selling marijuana in Texas

Selling or delivering marijuana in Texas is also a criminal offense. Whether you sell it or give it to someone as a gift it is a misdemeanor if it’s under 7 grams. You can get 180 days in jail and a fine of up to $2,000. If the amount is over 7 grams to 5 pounds you could face $10,000 in fines and up to 2 years in prison. Fifty pounds could get you up to 20 years and 50 to 2,000 pounds could get you between 5 years in prison to life. If you’re caught growing marijuana in Texas, the punishment is based upon the weight of the plants and considered possession under the law.

If you’re caught in possession of marijuana paraphernalia you could be convicted of a Class C misdemeanor. The legal consequences could be a fine of up to $500. If you sell or are caught in possession to sell or deliver paraphernalia you could be charged with a Class A misdemeanor which carries the consequences of a fine of up to $4,000 and up to one year in jail for the first offense. If you’re a repeat offender, the charges increase to a felony with at least 90 days in jail and a maximum sentence of one year in prison. If you sell paraphernalia to a minor you face a minimum sentence of 180 days up to 2 years in jail and a fine of up to 410,000.

What is considered drug paraphernalia?

Texas law considers any devices that are commonly associated with the use of marijuana for illegal purposes to be paraphernalia. If you’re caught with any items that fit the definition, you could be charged and prosecuted under Texas law. The list of items comprises ice pipes or chillers, carburetor pipes, chamber pipes, water pipes, any pipes made of ceramic, glass, metal, plastic, wood, stone, or acrylic, electric pipes, and smoking and carburetion masks. These items are different than tobacco pipes and can easily be distinguished from them. The best rule of thumb is not to have any marijuana paraphernalia in your possession. If you visit Texas and come from a state where marijuana paraphernalia is legal, you will still be held to the standards established by the state of Texas marijuana laws.

The Texas State Law Library explains that federal law classifies marijuana as a Schedule 1 controlled substance under the Controlled Substances Act. Federal law does not currently accept the medical use of marijuana for treatment in the nation due to a lack of accepted safety for its use under medical supervision. Federal laws have not changed on the subject. Texas Law lists marijuana as a Schedule 1 hallucinogenic substance under the Texas Controlled Substances Ace, as of the 2018 schedule. THC is listed in penalty group 2, making possession a criminal offense. Laws passed under the Texas Agricultural Code Chapter 121, as of June 2019, requires Texas to develop a monitoring and regulation plan for the production of industrial hemp to prevent adding to the likelihood of criminal activities. Statutes are in place regulating the cultivation of hemp, requiring licensure and testing for running legal operations.

The laws for marijuana are continually changing in Texas and it can be difficult to keep up with the new rules, allowances, and rulings. Canna Con reports that new laws enacted in 2021 by Governor Abbot took effect on September first to expand the list of medical conditions that allow Texans to use marijuana legally under some circumstances. The update allows people with all forms of cancer to partake in medical marijuana programs. Those suffering from Post Traumatic Stress Disorder are included in the list. Other conditions now allowed in the group include epilepsy, seizure disorders, spasticity, multiple sclerosis, autism, terminal cancer, incurable neurodegenerative disease, amyotrophic lateral sclerosis, and any medical condition that is a part of an approved research program under the Texas Health and Safety Code Chapter 487, subchapter F. House Bill 1535 covers these items. It further allows for increases in the amount of THC in a single product, raising the concentration from under 0.5% to 1%. Edible items are allowed as part of the treatments, however, consuming marijuana via smoking is still prohibited.

Changing attitudes on marijuana in Texas

MPP reports that the Austin City Council approved an ordinance that will end most arrests for low-level marijuana. The resolution was passed unanimously by the Austin Citys Council in January 2020. It limits enforcement action for low-level offenses of marijuana possession. It prevents the Austin Police Department from arresting and citing people for small amounts of marijuana in their possession. Prosecutors are required to reject the cases. The changes are limited to the city of Austin and do not apply to the entire state of Texas.

A call for reform of Texas marijuana laws

A statewide reform of marijuana laws is called for by a group called the Republicans Against Marijuana Prohibition, commonly referred to as RAMP. The group actively petitions the Governor of Texas for reforms that will decriminalize the possession of marijuana, led by Mike Siegel, a former Democratic candidate for congress. Broad reform is supported by a majority of Texans who wish to see marijuana legalized for any use in the state. The call for reforms is happening at all levels. The National Organization for the Reform of Marijuana Laws has received strong bipartisan support for the legalization of pot in Texas. Pot supporters hold rallies calling for the release of people incarcerated for marijuana offenses, marching by the Tarrant Country Corrections Center, calling for the legalization of the substance. The group marched to the steps of city hall and engaged in smoking marijuana in front of the police with no citations issued. Public support for the reforms is evident.

The future of marijuana laws in Texas

The future of marijuana in Texas is up in the air. Houstonia confirms from polls that 67% of Texans support legalizing marijuana for medical and recreational use. The remaining percentage of the population opposes legalizing pot. Texas is in a confusing and volatile position with its current laws, legalizing the growing and sale of hemp products with less than 0.3% Delta-9 THC. It allowed the production of CBD as a commercial product. It’s an industry that thrived after the passage of the new law, and it confirmed that there is a market for hemp products in Texas. Although it was legal for products containing the defined amount of Delta-9 and Delta 8 THC, the Texas Department of State Health Services turned the industry on its head, deciding in October of 2021 that Delta 8 is illegal and considered a Schedule I controlled substance. It allowed the Delta 9 ruling but excluded products containing Delta-8 THC. It resulted in products being pulled off the shelves in Texas and hurt the industry significantly. The Texas Hemp Federation challenged the ruling and took legal action in court to battle the DSHS ruling, obtaining a temporary injunction against the ban citing intentional misinterpretation of the law to advance their political posturing. The products were returned to the shelves and were allowed to be legally sold under the terms of the injunction. It’s an ongoing battle of the wills with no clear resolution in sight. Business leaders representing the hemp industry are applying a reasonable amount of pressure to lawmakers to ease up on the restrictions to allow related businesses less interference from politically motivated organizations that interpret laws under their opinions on the morality of legalizing aspects of marijuana products.

Texas law prohibits the use of marijuana for recreational purposes. It’s a criminal offense to possess, distribute, sell or gift marijuana in amounts over 2 ounces. Some laws allow for the medical use of edible marijuana, but the industry is highly regulated. The call for reform of current Texas marijuana laws is loud, but changes are coming slowly with resistance to the legalization of the pot we’ve seen in some other states. Texas has made some concessions and some cities have relaxed enforcement of minor marijuana offenses, but statewide, you can be cited, arrested, fined, and confined to jail or prison for small amounts of weed or possession of paraphernalia. 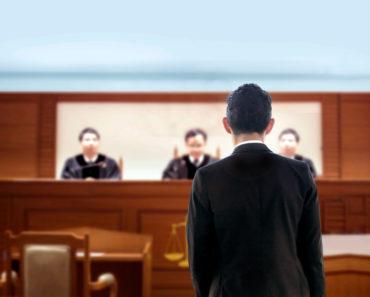 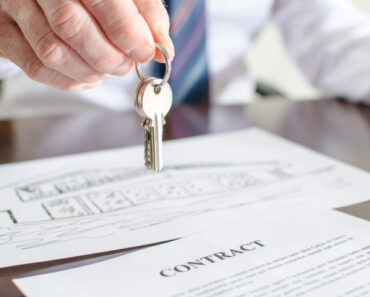 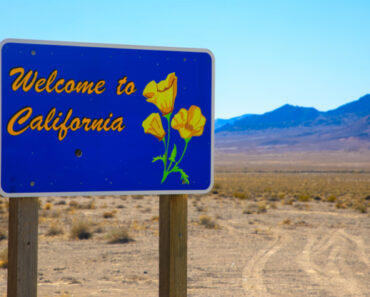 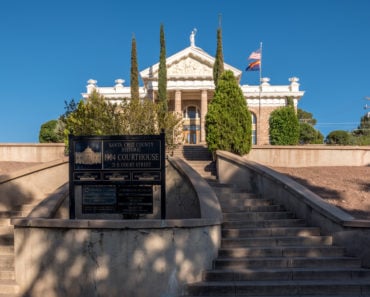 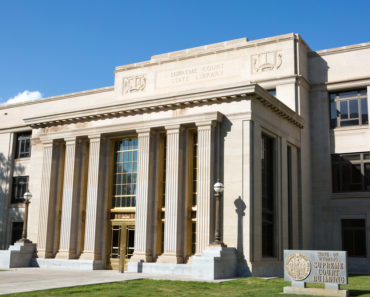 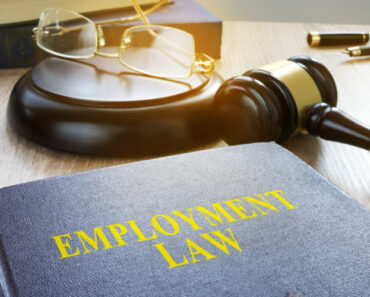