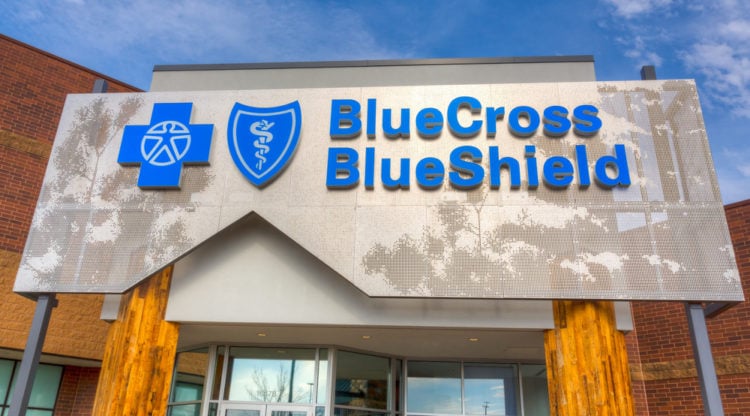 The Blue Cross Blue Shield Association (BCBSA) was officially formed as one organization in 1982 as a merger of two different groups. First, there is 1929’s Blue Cross, which later became the Blue Cross Association in 1960. Second, there is Blue Shield, which began in 1939 but changed its name to Blue Shield Association in 1948. Now as one unit, this association operates out of Chicago, Illinois, and Washington, D.C. The one in Chicago is considered as the official main office as it oversees the thirty-five American states that are a part of this federated group of associates. Currently, this organization has involvement with over 170 other nations in addition to their own and directly works with the federal government of the United States and is linked to its Obamacare program, as well as other national health insurance programs. However, as an organization that has been around as long as they have, and has as much involvement as they do in highly sensitive matters, the BCBSA has been on the receiving end of lawsuits against them, filed by a number of plaintiffs. According to UniCourt, there are currently over 38,000 lawsuits that have been filed against the BCBSA.

Filed on May 27, 2020, six Blue Cross Blue Shield insurers have taken a lawsuit against the pharmacy chain, CVS Health. The reason for the lawsuit is due to the inflated prices of generic drugs and concealing the true prices since 2015. There are a number of big names involved in the lawsuit that makes this a bigger legal case than the norm. As a means to compete against corporate giants like Walmart and other low-cost pharmaceutical outlets, CVS offered lower prices to the consumer but was actually forcing them to pay the highest rates possible. A number of examples have been brought about to back BCBSA’s allegations, so far seeming to prove the questionable actions of CVS Health has been going on for a number of years. Full disclosure of this lawsuit is covered in detail on the BCBS Alabama el al. vs CVS Document Cloud.

As reported by Lansing City Pulse, the local union of the Lansing, Michigan of the Accident Fund Headquarters has taken the actions performed by it and the Blue Cross Blue Shield Association for discriminating against at least two dozen employees of the Lansing offices who opted not to take the COVID-19 vaccinations for reasons that are in compliance with the American Constitution and its amendments. Each of these employees was forced on unpaid leave when opting not to comply with what has been seen as an unlawful company mandate by December 8, 2021. Each of them was also threatened termination if they chose not to comply with the policies BCBSA had in place. The officer of the union, UAW Algamated Local 2256, attempted to negotiate with Accident Fund, but the BSBSA-affiliated company refused to compromise. The executive order issued by President Joe Biden revolving around mandated vaccines was blocked by a federal judge as the order violates constitutional rights. Until that legal issue is resolved, companies like Accident Fund, as well as Blue Cross Blue Shield, are not in a position to force any mandates and have to comply with the labor laws as they stand. These are laws they broke that have now seen an unfair labor practice complaint filed against them with the National Labor Relations Board. It was not the first time BCBSA has been penalized for forcing employees to engage in unfair labor practices. The first time Accident Fund and BCBSA of Lansing found themselves arguing against UAW Amalgamated Local No. 2256, it cost them $7,000 USD in fines for a number of labor-related violations by the Michigan Occupational Health and Safety Administration.

Based on a story written by Kaiser Health News, which is featured as an article on Fierce Healthcare (https://www.fiercehealthcare.com/regulatory/suit-alleges-blue-shield-improperly-denied-mental-health-drug-treatment-claims,) Charles Des Roches filed a lawsuit through the U.S. District Court for the Northern District of California against Blue Shield and Magellan Health Services for their combined failure to provide the needed medical treatment for their teenage children through employer-based insurance plans that are supposed to cover the care. When it was approved to become a class-action suit, the court approved the parents of these teenagers had a solid enough case to present, at least according to the federal laws stated in the Employee Retirement Income Security Act. It was alleged both Blue Shield of California and Magellan Health Services violated this act. Normally, cases such as this have so many internal guidelines in place to make it very difficult for people to challenge, but in the case of Des Roches, there was enough reason to turn this into a legal matter to be decided by an official court ruling. Both Blue Shield and Magellan are adamant no wrongdoing has been committed on their part, but refrain from providing comments about the matter. After amassing tens of thousands of dollars in medical bills, Des Roches’ claim was denied by Blue Shield for reasons that have garnered nationwide attention among law firms and medical professionals. As of September 2016, the federal district court in Northern California certified a nationwide class-action lawsuit against United Behavioral Health that also involves the insurance coverage the BCBSA is supposed to pay.

As reported by Fierce Healthcare, the American Society of Anesthesiologists has filed a lawsuit against Blue Cross Blue Shield of North Carolina in regards to demanding physicians receive a pay cut as a means to offset surprise medical bills. President Joe Biden’s new federal laws revolving around the healthcare industry, plus the BCBSA’s threat to terminate the anaesthesiologists’ practices if they don’t comply with pay cuts ranging from ten to thirty percent, is seen as an unlawful abuse of authority. Biden’s new law is the Implementation of the No Surprises Act, which is something the BCBSA is now being accused of using as a means to carry out mafia-style tactics against the medical industry, as well as against the people.

As reported by Bozeman Daily Chronicle on May 2, 2019, five hospitals from the state of Montana have become involved in a $26 million lawsuit that was filed against them in 2017. On October 17, 2018, a preliminary settlement saw a $6.9 million payout due to the hospital employees resolving the case. The hospitals involved were Billings Clinic, Bozeman Health Deaconess Hospital, Community Medical Center in Missoula, Havre’s Northern Montana Hospital, and Helena’s St. Peter’s Health. This lawsuit was the result of a 2012 employee health insurance plan offered by Blue Cross Blue Shield of Montana. The plan saw the hospitals receive approximately 426 million and two seats on the board of directors belonging to BCBSA. What was later revealed as a shady deal that saw profit gained by the hospitals and the BCBSA at the unfair expense of approximately 11,000 employees involved.

Although not directly named as a defendant nor a plaintiff, of Blue Cross Blue Shield Association lands squarely in the middle of this lawsuit as they’ve already begun receiving a number of class-action suits against them as they seem to be taking advantage of President Joe Biden’s new law, Implementation of the No Surprises Act. This law his administration intends to impose upon the nation is what sparked the Texas Medical Association to file a lawsuit against the president and his interim final rule. The TMA and the Department of Health and Human Services are concerned about how this ruling will harm the people as patients, as well as healthcare subscribers with what they already consider a mafia-style operation by the BCBSA.

An The Tennessee Medical Association class-action lawsuit brought by 900,000 doctors was filed in 2002 in Miami, Florida, going up against Blue Cross Blue Shield of Tennessee as they felt they were not getting paid properly for treating patients. With a roster of seventy-seven million patients at the time, it was conceived BCBSA was in violation of the Racketeer Influenced and Corrupt Organization Act (RICO) that was first implemented as law in 1970. According to 2007’s The Medical Quack report, this lawsuit saw $128 million USD as part of the settlement, plus $49 million in legal fees, as well as at least a billion dollars worth of improved business practices by the Blue Cross Blue Shield Association.

3. Two Lawsuits in One

From a May 28, 2015 article on Program Business Daily Newsflash, in the state of Alabama, there was an antitrust lawsuit that accuses thirty-seven independently owned companies of an illegal cartel that was working more to cater to Blue Cross Blue Shield Association than the plaintiffs who have filed this complaint. This lawsuit has been consolidated by a federal judge into two separate cases. As a group, the defendants work with each other to drive up customer prices of the health plans and push down the amount paid to physicians and other healthcare providers. Both of the plaintiff groups involved each has prominent attorneys who are going head to head against Alabama’s BCBSA in what became a class-action case. It is projected unless all disputes are settled, this will be a court battle that will continue a while longer yet. These lawsuits are tied, directly and indirectly, to the Sherman Act lawsuits that are also on this list.

Companies belonging to the Blue Cross Blue Shield Association settled a legal dispute that challenged their licensing agreements while part of the BCBSA organization on October 30, 2020. Through an eight-year period of litigation, despite the association still claiming they’re not at fault, agreed to settle the amount for $2.67 billion, which was to be paid out to all interested individuals and groups who had health plans between February 8, 2008, and October 16, 2020. A detailed layout of settlement-collecting information is laid out on Vita Companies’ website, which seems to think the payout is significant.

According toTop Class Actions, the $2.67 billion payout settlement is an insufficient amount to settle the 2013 class-action lawsuit and has since filed their own with the federal court in the state of Florida. The plaintiffs argue the payout settlement issued by the Blue Cross Blue Shield Association is not enough compensation to cover the costs that resulted from overly inflated health insurance subscription services that they had paid for. This particular group of plaintiffs had to pay third-party medical providers due to the result of BCBSA’s actions and are in agreement the settlement amount offered by them does not factor these costs into the equation. In this lawsuit, the plaintiffs are demanding the trial be carried out by a jury. This elevates the matter into something more serious than a simple lawsuit that is decided by a single judge.

According to Business Insider, Blue Cross Blue Shield Association is among the most hated companies by Americans as there are common complaints about the insurance premiums being way too high, as well as the practices that are now putting this company in more hot water than ever before. With over 38,000 lawsuits already filed against them and with more likely on the way, it seems BCBSA has a multitude of actions they need to answer for, and in a manner where so many people don’t feel so alienated about them. 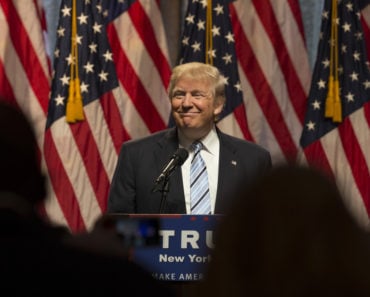 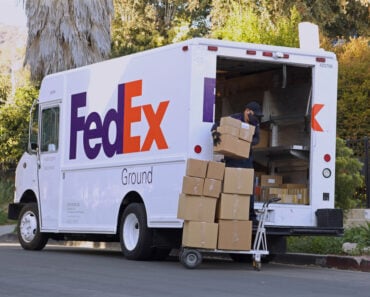 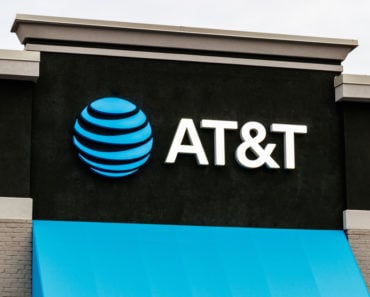 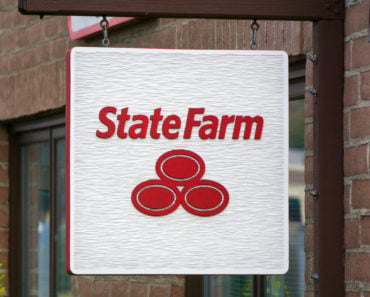 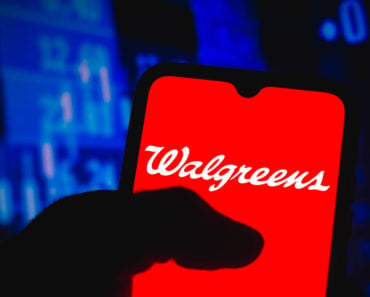 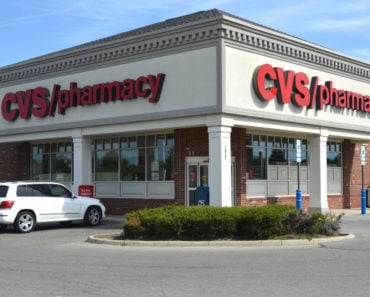