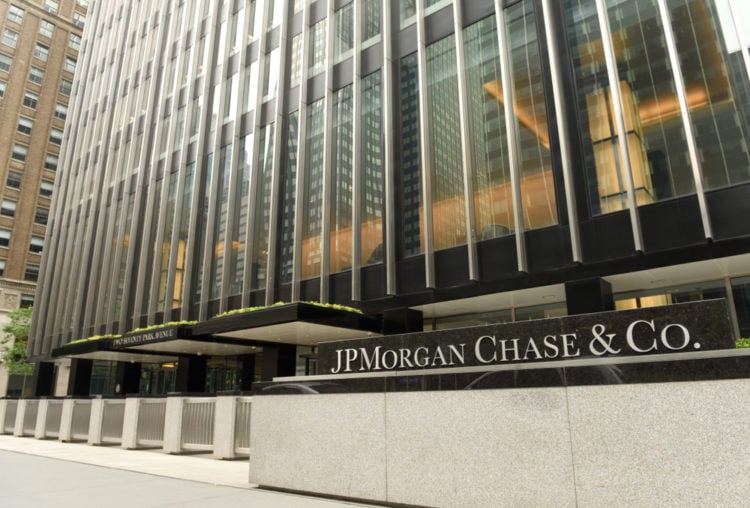 JPMorgan Chase Bank is one of the wealthiest financial institutions in America. The mega-giant has more than two trillion in assets under management. The company conducts a massive amount of business in the mortgage industry. It also deals in investment programs involving securities and RMBS investments.

While many consumers enjoy successful interactions with JPMC, Some others have experienced negative events. JPMorgan has been named in numerous lawsuits alleging misconduct, illegal trading, deception, and other types of misbehavior in asset management. Here are the 10 biggest JPMC lawsuits in the history of the company.

USA Today reports that JPMorgan Chase Bank was accused of overcharging members of the military on active duty on their mortgages for home loans. Additional claims that the homes of soldiers were improperly foreclosed upon by the bank were made. The suit was filed on behalf of 6,000 military personnel who sustained a financial injury as the result of JPMorgan’s overcharging on their interest rates.

As part of the settlement to resolve the case, the bank was required to lower the interest rates on the home loans of the soldiers affected. Additionally, JPMorgan was required to return the homes that they took in improper foreclosures. JPMC Bank paid the soldiers $27 million, distributed to the 6,000 soldiers. The total amount that JPM was ordered to pay in the settlement was $56 million when all was said and done. The case was settled in April 2011.

CNN reports that JPMorgan was accused of violating numerous international sanctions against the countries of Liberia, Sudan, and Iran, including Weapons of Mass Destruction Proliferators and global terrorism sanctions.

The bank was investigated and the Treasury discovered over 1,700 wire transfers from 2005 through 2011, including egregious activities and transactions that violated Cuban Assets Control Regulations. The investigation found that JPMC failed to take adequate steps to prevent further transformation and it failed to notify the Treasury Department when it was aware that international sanctions were being violated.

The Treasury ruled that Chase acted with knowledge of the conduct that resulted in violations and its reckless behaviors including failure of exercising a minimal degree of care or caution rendered their guilt of the charges. As a result, JPMorgan Chase Bank was fined $88.3 million to settle the Treasury Department’s Office of Foreign Assets Control’s legal actions. Although JPM had self-reported some violations, they waited until the loan proceeds were set to be disbursed in one instance. They were found to be in violation on multiple counts over the six years.

The SEC advised that JPMorgan was accused of deceptive practices for misleading investors about a hedge fund with a collateralized debt obligation against the fund. The bank was accused of making investment bets that it would fail. The bank faced fraud charges for structuring and marketing a synthetic collateralized debt obligation with a short position in over half the assets.

The hedge fund would benefit in the event a portfolio of the CDO assets defaulted. An investigation confirmed that JPMorgan committed the violations. As a result, JPMorgan agreed to settle for the amount of $153 million in SEC fines to settle the suit.

JPMorgan Chase Bank was accused of engaging in a scam involving municipal bonds, affecting 31 states. The violations occurred from 1997 to 2005 when a subsidiary company of JPMC manipulated the bidding process for municipal bonds to make unfair profits.

The integrity of the bidding process was negatively affected by the actions of the bank, and municipalities didn’t get the best deal. Their actions put the tax-exempt status of the bonds in jeopardy. They entered into illegal agreements to rig bids on some of the investment contracts, depriving municipalities of competitive processes. JPMC Bank agreed to a settlement of $228 million.

The funds were dispersed to the Internal Revenue Service, the SEC, and the Office of the Comptroller of Currency. JPMC was also ordered to make payments to the 31 states and all parties affected by the scam. In all, a minimum of 93 municipal bond transactions were affected.

JPMorgan Chase Bank and Credit Suisse misled investors in RMBS offerings. The suit claimed that JPM gave false information about the delinquency status of mortgage loans underwritten by the bank, providing collateral for an RMBS offering. Over $2.7 million in fees were collected by JPMC. As a result of their actions, investors suffered a financial loss of $37 million at a minimum because of their lack of disclosure on the delinquent loans.

Failures to disclose cash settlements from mortgage loan originators on loan defaulting also affected RMBS trusts. Its bulk settlement practice yielded profits of $55.7 million while investors in that arena lost over $10 million. JPMorgan was ordered to pay $296.9 million in reparations, and Credit Suisse paid $120 million. JPMC was found guilty of wrongdoing and for causing a financial crisis.

JP Morgan was accused of manipulating the power market in the Midwest. The Federal Energy Regulation Commission investigated the allegations and discovered that JPMorgan had indeed engaged in bidding strategies that were found to be manipulative, and forced grid operators into paying unjust premiums.

They further discovered that the activities commenced from September of 2010 through November of 2012. JPMorgan was discovered to commit twelve illegal strategies. California electricity customers were financially injured as a result of the unscrupulous behavior on the part of JPMorgan. JPMC agreed to a settlement of $410 million but did not acknowledge any wrongdoing in the matter. The rigging case resulted in an award of 4124 million to be returned to California electricity customers in reparation. $285 million was paid to the U.S. Treasury in civil penalties.

A class-action lawsuit was filed against JPMorgan and other banks for conspiring to switch Visa and Mastercard. The suit alleged that they improperly conspired to set the price of credit and debit card interchange fees. It amounted to a racket that cost cardholders and caused them financial damage.

The accusations were investigated and substantiated. JP Morgan Chase Bank agreed to settle the lawsuit for $1.2 billion. The case was settled in 2012. JPMorgan Chase Bank has established a long history of accusations for fixing prices or conducting illegal activities that bilk consumers for the financial gain of the institution. This settlement was a large amount that helped to make restitution for some of the victims of the violations, but this lawsuit was by far, not the largest settled by the mega-giant.

JPMorgan is one of the largest mortgage providers in the nation. The lender was accused of foreclosing on home mortgages after the housing market crisis and doing so improperly. JPMC and other major banks were named in the class-action lawsuit. The bank was found to be at fault for improper actions for financially burdened homeowners and agreed to a settlement of $1.8 billion in restitution.

Additionally, JPMorgan agreed to contribute $540 million in refinancing and $3.7 billion for homeowners in financial trouble. The institution acted in improper ways when many homeowners were already in crisis, adding to their financial woes and making their situations worse. It was an act that was frowned upon for moral reasons, and they were also in violation of the regulations governing foreclosure practices.

JPMorgan has been sued and fined numerous times for misleading stakeholders to leverage better financial deals for itself. It’s been troubled with executives making poor judgments that violate regulations and laws, resulting in harm to consumers and other agencies and profit for JPMC.

A lawsuit alleging that JPMB violated state and federal securities laws by misleading Fannie Mae and Freddie Mac about the quality or residential mortgages that it sold to them. Investigators found that $33.8 billion in mortgages were sold to government-sponsored agencies by the bank. JPMorgan Chase Bank agreed to a settlement that would resolve the case, in the amount of $5.1 billion.

Approximately $1.1 billion is allocated to Fannie and Freddie Mac to fund repurchase claims on mortgages purchased by them. The other $4 billion was used to resolve violations of state and federal securities laws. This lawsuit was settled in 2013, on the wheels of a settlement made for $1.8 billion in 2012, and another for $1.2 billion around the same time.

Their behavior before the financial crisis was deceptive and caused financial injury to the investors. The lender made bad mortgages, then sold them to investors. Investigators turned up evidence that suggested the allegations were true. The packaging and line of middlemen that handled the mortgages diluted the information to the point that investors had little information about the investments other than what the bank reps told them.

JPMorgan has not admitted to any wrongdoing or to violating any laws. The bank admitted to some practices that are not prosecutable. The Department of Justice is pleased with the settlement as it is the first step in holding the large banks accountable for their actions.

The $13 billion payment to the government settles the charges. It covers the allegations about overstating the quality of mortgages and leaving investors vulnerable to losses. This legal action was the largest lawsuit in the history of JPMorgan Chase Bank so far. The case settled in 2013

JPMorgan Chase Bank is one of the leading financial institutions. They provide countless home mortgage loans and investment opportunities. The company has a long history of making decisions that serve the best interests of the financial holdings of JPMC.

While this is a sound business practice, it’s only acceptable when other parties do not get hurt unjustly. Federal and state regulations and laws exist to protect all parties engaged in financial transactions. When those rules get violated people suffer damage, and it’s not generally the larger banks and financial institutions. Not all JPMorgan Chase Bank executives make shady deals or act illegally or in violation of established regulations, but some of them do.

When complaints get lodged about alleged unfair practices, federal and state investigators are quick to respond to protect the best interests of consumers and stakeholders. When investigators discover wrongdoing, violations, or evidence of fraud, they react swiftly. Actions that cause consumers or other parties harm generally result in lawsuits.

The inappropriate actions of others give authorities just cause to hold the employing agency responsible. Often the suits end in penalties demanding restitution and hefty fines. JPMorgan Chase Bank has paid out billions in settlements of this nature. 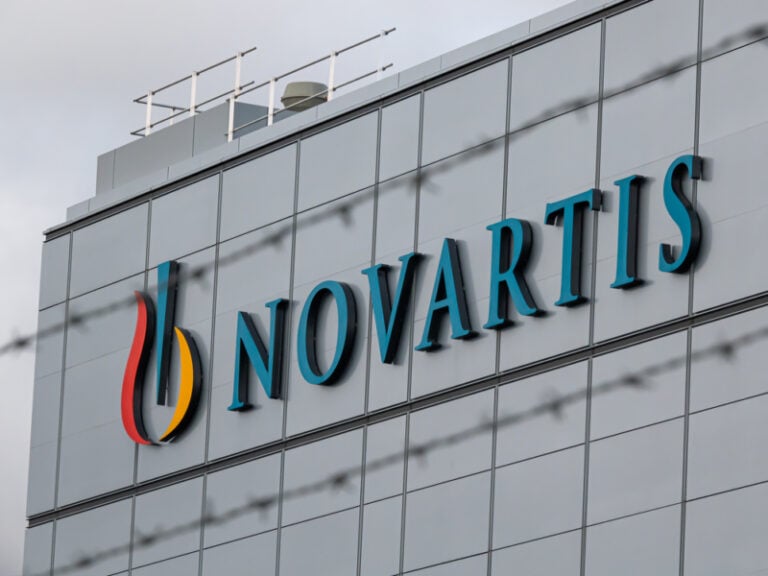 Novartis AG is a pharmaceutical corporation based in Basel, Switzerland. It is one of the biggest health care companies in the world, focusing on the innovation, development, manufacture, and marketing of pharmaceutical products. In 1996,… 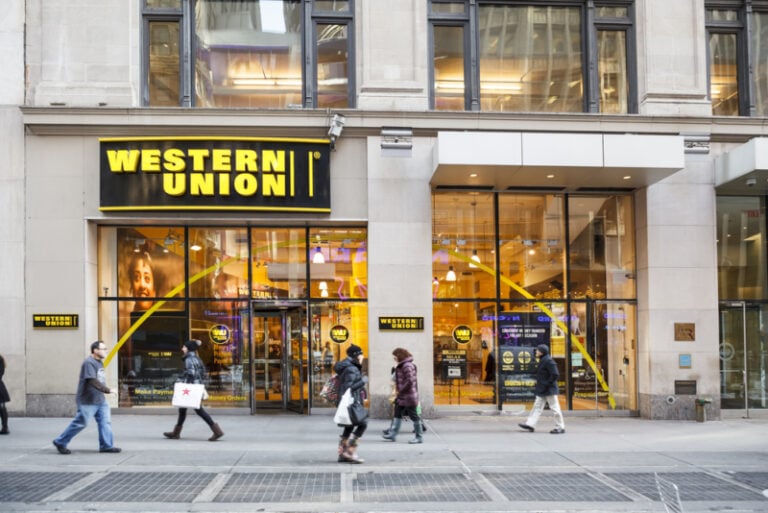 The Western Union Company is an American financial services company based in Denver, Colorado. The company was founded in 1851 as the New York and Mississippi Valley Printing Telegraph Company by David Hoyt, Hiram Sibley,… 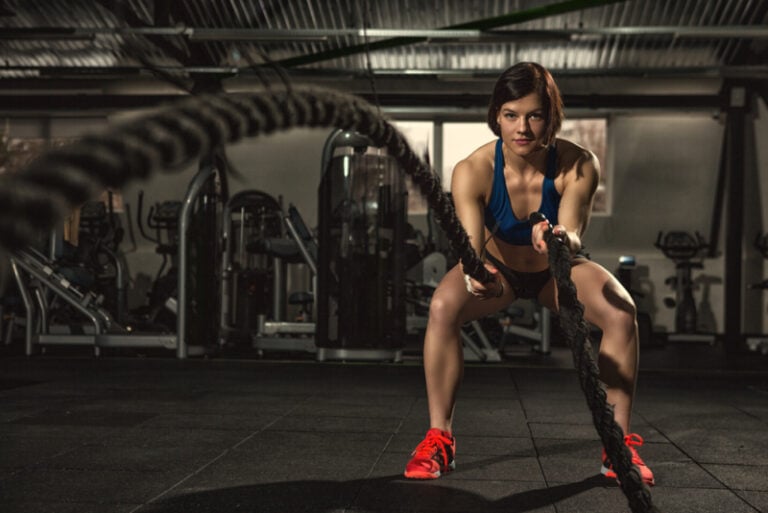 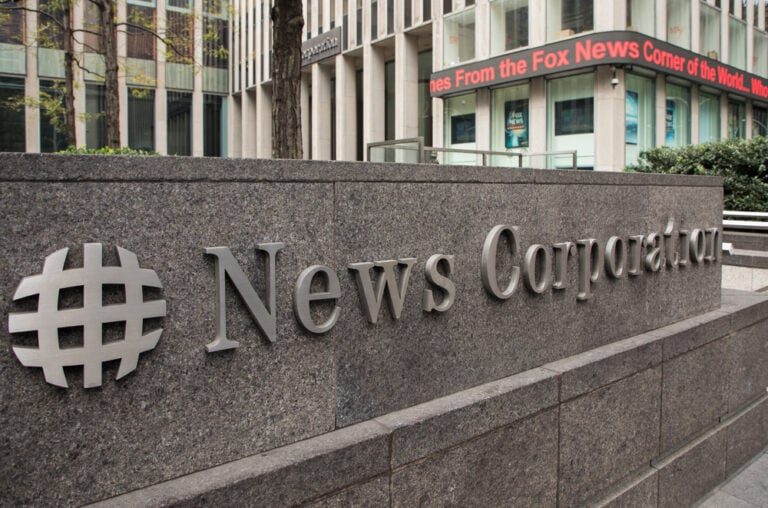 News Corp is a publicly-traded company that creates and provides education, news, media, and other information services throughout the world. It also publishes books and provides video subscription services and digital real estate services. it’s… 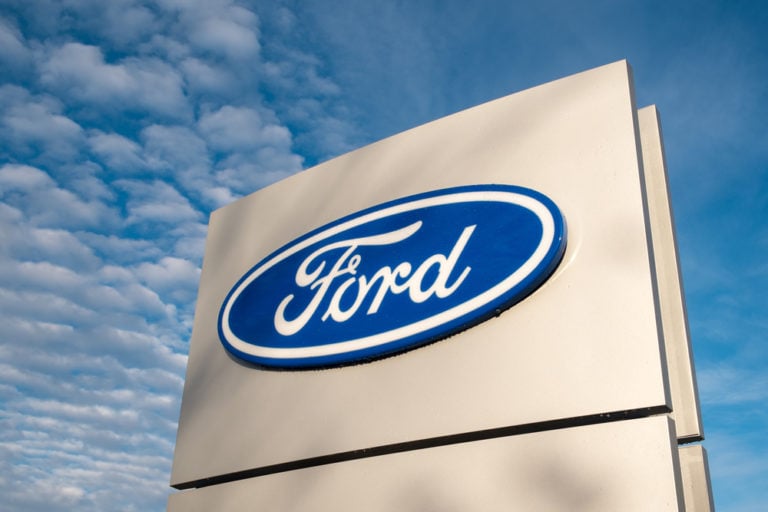 Ford is one of the biggest automakers in the United States. It boasts mass production lines of vehicles ranging from cars to trucks and SUVs. The company has made some impressive race cars as well… 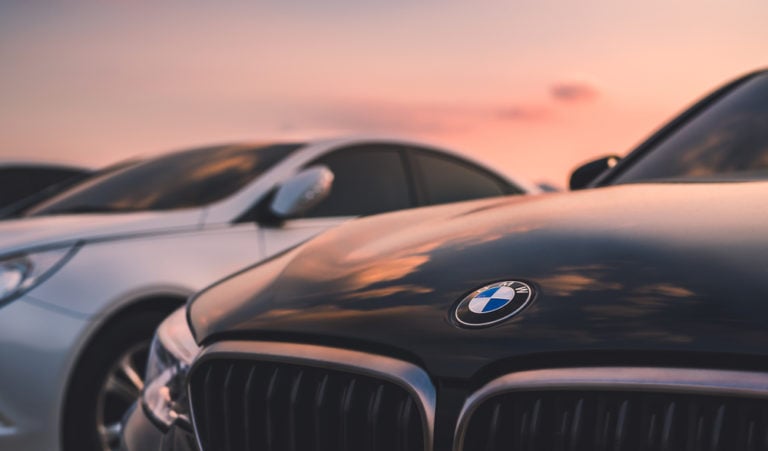 BMW is a German automaker known for producing high-end luxury vehicles. The company has enjoyed a solid reputation internationally, but some consumers have not had good experiences with the vehicles. Certain defects not remedied by…